CASE STUDY Our journey with VICTA 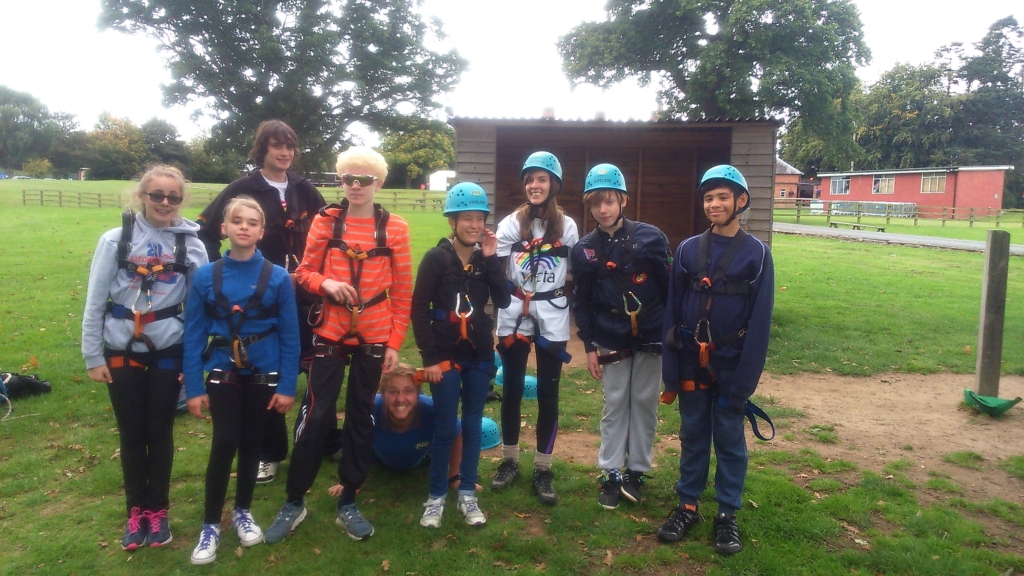 Our journey with VICTA

When we discovered that our first child, Tiri, was visually impaired, we worried about a lot of things. Her education, her health, how she would get around and her future. The one thing we didn’t worry about was about her meeting other similar children. We just assumed that would happen. We had no idea that sight loss was one of the rarest disabilities of childhood and that for the large majority of children attending mainstream schools, they will be the only VI child in that school.

When Tiri was seven years old she said, “I’ve never met another little girl with poorly eyes before.” And that’s when it really hit us how lonely she must be.

We managed to get together with some other parents in Devon with VI children and formed a small group that has now become a South West based charity called Moorvision which supports other similar families. But in the early days there were just a few of us and not many children of Tiri’s age.

A couple of years later, having heard about VICTA, through their incredible grant scheme which had enabled our daughter to receive accessible IT, we attended our first ever VICTA family weekend.

My husband was working so it was just me and the children, Tiri then aged 10 and her little brother Thom, 7. We didn’t know anyone else who was attending and we didn’t know anyone from VICTA. All we knew was that we had to get to Portsmouth to catch the ferry to the Isle of Wight where we would be transported by coach to a PGL centre.

We couldn’t believe how many other families of VI children there were on the ferry and once we arrived at the centre and had settled into our log cabin, we all met in the big hall to be welcomed to the weekend.

And this weekend was the start of so many … in the following years we travelled to Swindon, Shropshire and Weymouth to take part in what became the highlight of our year – the VICTA family weekend!

Tiri couldn’t believe how many other girls of the same age as her with sight loss there were. Thom began to realise that he wasn’t the only child with a visually impaired sister. And I began to meet other parents who actually understood how I felt.

The weekends were really well organised and structured to enable all of the VI children and their siblings to take part in fantastic activities and challenges that were so much fun and gave them so much confidence. Meanwhile the parents had a chance to listen to information from professionals, receive advice, learn new skills and get to know each other. They even had a chance to take part in activities themselves. I certainly won’t forget the raft building in Swindon 2015! Ouch!

The VICTA staff and volunteers worked tirelessly to enable everyone to get the most out of each of these weekends.

In addition to the Family weekends (they also do one for babies and toddlers), VICTA offer a huge number of events and residentials for young people aged 14 – 17 and 18 – 29. They are one of the very few groups in the UK to really cover the young adult age group which is so important.

For us as a family, VICTA has given us friends for life. Tiri made friends with several girls (and boys!) all of whom she is still in touch with today. Her best friend Ellie and her family have been on holiday with us for several years and we always spend part of the Christmas and New Year holidays with them. Ellie’s mum has also become a really wonderful friend to me and we see each other as often as we can. I have made friends with so many other VICTA parents and can’t say how much I appreciate my VICTA family.

Tiri is 19 now and away at college. Thom is 16. Last year they were busy doing their own thing and I suddenly realised there would be no VICTA trip!! I felt so sad. But not for long! I am now a registered VICTA volunteer and have spent the last two summer VICTA residentials helping out with younger children.

VICTA are not the largest of the National VI charities but they deliver a quantity and quality of services that belie their size. They punch well above their weight and are a driving force in the provision of services for children and young people.