CASE STUDY Restoring my faith in the world 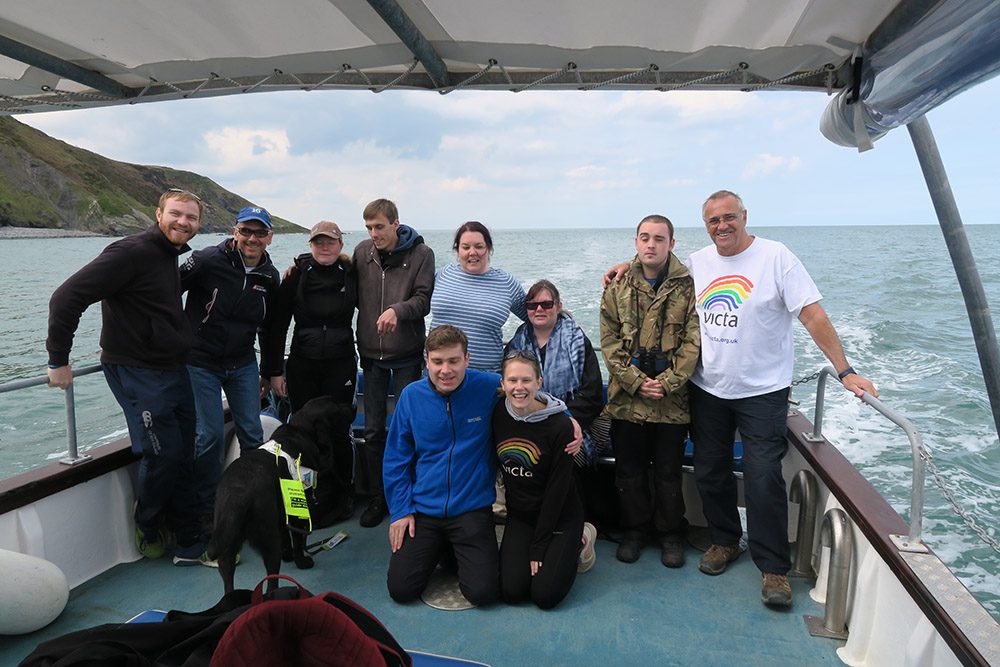 Restoring my faith in the world

As VICTA celebrates its 30th Anniversary, I can genuinely say that until 18 months ago, I had never heard of them. But perhaps that’s not so surprising, it’s not one of the big charities and in my family we do not have anyone who is blind or partially sighted.

I still don’t know how I found out about VICTA or how I became involved as a volunteer. I assume somewhere along the line I expressed an interest but the first thing I recall is receiving an email from VICTA asking for volunteers to join a trip to Snowdon.

Snowdon was my first outing as a volunteer and without doubt, it’s one of the best things I have ever done. I was extremely nervous having never guided before let alone guiding someone down the second highest mountain in the UK. But my fears were soon put to rest by the incredible staff, the other volunteers and most of all by the young people I was to assist over the few days.

Since this first trip, I have volunteered for many other activities including the Early Years Weekend with very young children up to trips to Paris and Bath with some of the older participants.

Throughout all the activities I have been lucky enough to attend, I cannot explain just how impressed I have been with the attitude of those taking part. It seems to me that there is nothing that can’t be done or can’t be tried – there is a definite “can do “attitude.

As a result of my involvement with VICTA, I have a better understanding of the problems encountered by the blind or partially sighted. On a day-to-day basis, I appreciate how simple things like vehicles parked on the footpath may seem trivial to the sighted but are obstacles to those with a visual impairment. This led me to contact my local MP and by highlighting these problems hoping for a change in legislation.

For me, the Snowdon trip was one of the best things I have ever done, not just because of the day itself but because of the amazing young people and because in the process I have made some great friends with the other volunteers and VICTA staff.

Certainly after spending 36 years in the Police and dealing with a fair few undesirables, to be involved with some really fantastic people restores my faith in the world. I think my family can see how much I get out of my volunteering with VICTA, when I return home I can’t shut up telling them about the amazing experience and people I have met.

So, as long as my old bones allow, I will continue to be a volunteer with VICTA.

Sign up and we will notify you when new volunteering opportunities are open for application!
Sign Up